Peterborough Milton Golf Club stands within the historic Fitzwilliam Estate, affording magnificent views of Milton Hall and its beautiful landscaped gardens. In 1502 the Milton Estate was purchased by William Fitzwilliam, who made his fortune in the City of London wool trade. He was at one time Treasurer to Cardinal Wolsey. The Fitzwilliam Estates grew to have large land holdings and properties across Essex, Yorkshire, Northamptonshire, Cambridgeshire and Ireland.

Around 1789 the famed landscape architect Humphry Repton laid out the grounds around Milton Hall and many of the trees he planted can still be seen around the course such as the magnificent cedar trees on the 11th and 16th holes.

The earliest known record of a golf club in Peterborough is the formation of “The Gordon Golf Club” in Orton and the clubhouse was what the Gordon Arms public house is now. The club moved in 1912 to a new 9 hole course in Walton designed by Open Championship winner Willie Park and the Peterborough Golf Club Limited was formed. Also around 1912 a private 9 hole course was laid out by the Fitzwilliam family and guests were regularly invited to play the course.

Members of both the Peterborough Club and the Milton Park club were invited to join a new club and Peterborough Milton Golf Club was born. In 1937, multiple Open Championship winner and prolific golf course designer James Braid was contracted by the new committee to lay out the new course. The course opened on the 14th July 1938 when new Captain Mr H.B. Hartley “drove in”, followed by an exhibition match featuring Braid and the professionals from Peterborough Milton, Luffenham Heath and Hollinwell.

Over the years Peterborough Milton has been visited by many famous golfers, including in the 1940s Henry Cotton who reported that the 10th hole was probably one of the finest dogleg par 4 holes he had played – and hence its name today of Cotton’s Fancy. Reigning Open Champion Bobby Locke played an exhibition at the course in 1953 watched by huge crowds. In the 1960s and 70s the club hosted many exhibition matches featuring Ryder Cup stars such as Max Faulkner, Dai Rees and Peter Allis. Brian Barnes and Mark James have both held the course record at various times and the lowest recorded score is an amazing nine birdie 62 by European Tour player Stephen Bennett.

Peterborough Milton is proud to be part of the Northamptonshire Golf Union and has won many of the prestigious County titles, at both team and individual level throughout its history. The Club celebrated its 75th Anniversary in 2013 and looks forward to continuing to enjoy our splendid surroundings on the Milton estate up to and beyond our Centenary year. 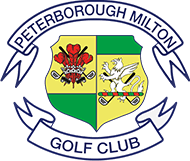